We’re a Norwegian familiy consisting of Kristiane and her parents Henriette and Magnus.

Kristiane has turned 17 this year, and has been on the Norwegian national team in dressage since she turned 13 and was allowed to compete internationally. 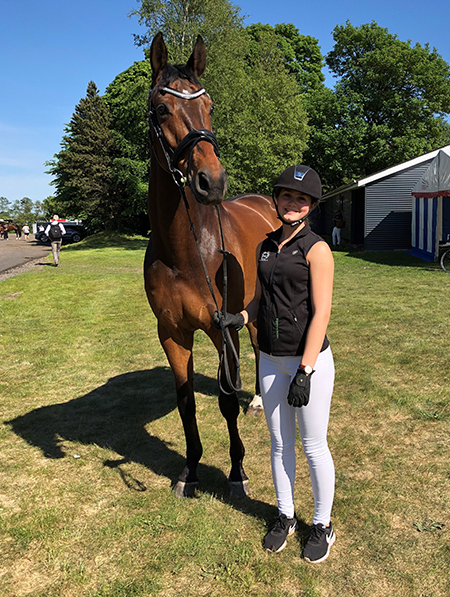 Henriette was earlier a part of the Norwegian national team in age specific classes, and is currently teaching in dressageriding and educating horses.

We have moved to Denmark to be able to work with and ride horses full time, compete with and learn from some of the best in the sport.

Our trainer is Dennis Fisker, but we will still be representing Norway.

As one of the best Norwegian pony dressage riders with the best international results over the last few year, we are certain that Kristiane would represent Your company in the best manner.

In her first season as junior rider (2018) she has been placed at both the CDI competitions she has attended, and is recently picked out to represent Norway at the Nordic Baltic Championship in June.

On the next page You will see a shortlist over Kristianes achievements.

In our riding we are focusing on light aids, and the Code of conduct is highly valued. 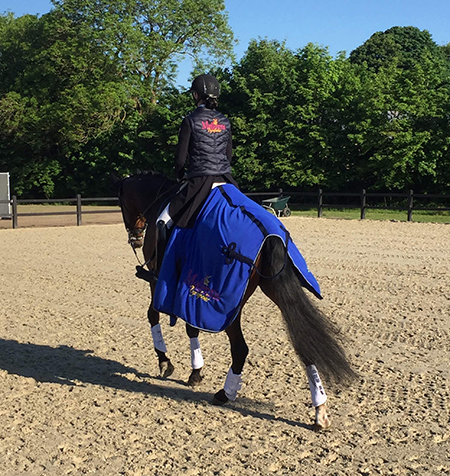 Healthy, happy horses who are willing to work is important to us and our training consist of various types of workout to keep the horses motivated.

We currently own 6 horses educated at different levels, in addition to three horses we have in training.

2 of the ponies Kristiane competed internationally in addition to her best junior horse was aqquired as uncompeted, and they have gradually become
experienced horses at the highest level by her guidance.

Kristiane has two horses educated to YR/U25 level, so it is likely that she will be seen at international competitions for quite a few years to come. 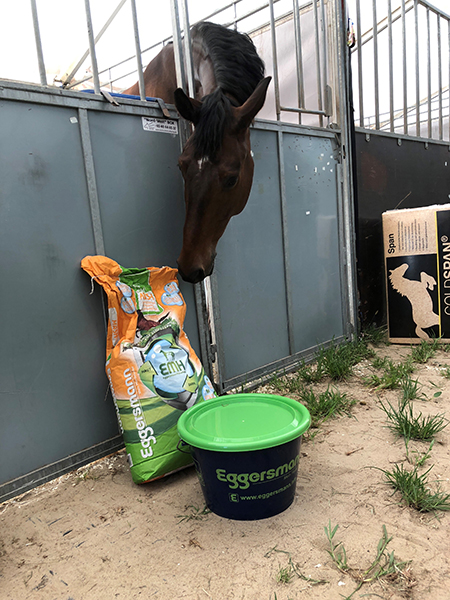 We are looking for a collaborative partner for horse feed and supplementary, and Your high quality trademarks are among our preffered products.

We are aware of your program with profileriders, and would be honoured to be a part of the team.

We hope You will consider Kristiane as a profilerider for Your company, and we’re looking forward to hear from You in that matter.

Rider: Kristiane Askim Hillern
- Startet riding at the age of 4
- Aqquired her first pony at the age of 6
- Competed at the highest level since she turned 12